The crypto ecosystem has seemingly found consensus, and it has the word “bear” written all over it.

Everyone pleads to have predicted Terra’s implosion, while few can actually prove their claims. And yet, although no one can deny the systemic ripples of $UST’s demise, Bitcoin just closed its 7th week of losses in a row. People were already calling a bear market; Luna’s death only helped amplify these voices.

In light of these events, it’s worth it to look at the bigger picture, leaving headlines aside for a minute to determine whether we’re heading deeper into the forest. No one can (yet) see the future, but there are several telltale signals to be found if you know where to look for bears.

It’s not all Terra’s fault, although it’s tempting to think so

Meteoric rises and dramatic falls are not unheard of in the crypto realm. You might even say they’re intrinsic to it.

It’s clear that Terra’s fall has taken its toll on countless investors, but this should not be considered an isolated cause for the market’s troubles. Its demise is rather akin to adding gasoline to an already burning fire. It’s most likely, therefore, that our industry’s current state of fear and uncertainty is caused by three forces at play.

The initial aura of amateurism surrounding crypto undoubtedly helped give it the initial charm it needed to break into the mainstream. Whereas Traditional Finance’s looked impossibly rigid, everything from dog-themed coins to saving the world from corporations seemed possible in crypto. If you’ve been around for long enough, you too have sensed this sentiment’s decline.

On the other hand, today we have more and better traders than ever. These players also care exclusively about their P&L lines rather than the ideologies supporting and surrounding their holdings. They HODL less and sport fancier, more complex trading strategies, such as two-legged positions.

Two-legged positions are essentially complex trading strategies. A “typical” strategy could be characterized as, e.g. (If Price = X, then Buy), whereas a two-legged strategy would then add a second move (such as selling if the first buy is over a 5% profit). Two-legged positions help traders secure their profits or exit positions as soon as a trend changes, but they require more active management and a short-term orientation.

With more professional short-term traders moving higher volumes and using fancier strategies, the upper volatility of the crypto markets gets severely restrained. However, in downturns, liquidations are fast to occur. Note that this is not pointing towards two-legged strategies being sole culprits of the market’s conditions, but using them as an example of sophisticated short-term trading resulting in less upper volatility than the HODLr mentality.

If you and everyone that holds under $100k in their Ethereum wallets pooled their funds together, you’d barely collect over 5% of the available supply. (Source)

Remember that crypto’s professionalization made it lose a lot of its charm?

If you’ve been around for long enough in the crypto scene, you might remember memes such as “institutions are coming!!!” and seeing phrases such as “ETFs will take BTC to the moon” all over the place.

ETFs (of different types) came, institutions did too, and we’re theoretically closer to the proverbial moon than we were in 2013 or 2018. However, our industry didn’t quite spread to the degree a several trillion-dollar market cap at its highest would suggest.

While institutional adoption is undoubtedly necessary to propel our industry forward, one could also argue that there’s an increased concentration of wealth. 0.01% (6952) of all wallets control over 58% of Bitcoin’s existing supply, with 1/3 of it being held by intermediaries. This is even worse for Ethereum, with the top 100 accounts (0.0002%!) holding over 35% of its supply.

The concentration of wealth in a few hands results in big market moves once these wallets decide to effect moves. And being human, whales are not exempt from making impulse trades. If you recall that crypto is a heavily interwoven industry, it is highly likely for individual trades to have systemic repercussions.

If you’re curious about what whales have been doing through this market crash, this information can be easily interpreted by following a couple of headlines. While UST’s demise did seem to affect quite a number of whales, it’s safe to assume that the effects of widespread panic in the markets will not impact their intention to continue and accumulate on their positions. A quick Google search will reveal (1) (2) (3) that several crypto funds were started or acquired more crypto assets through the last week. It’s hard to imagine that, leaving aside day-to-day trading (after all, why would you buy higher when you can secure your way into a discount), the long-term perspective of high-wealth high-influence players might change.

Bitcoin was created in reaction to irresponsible monetary policy.

Since its inception, our industry has been contestatory and opposed the mainstream, centralized world of traditional finance. It’s no wonder then that crypto believers are often catastrophists and anticipate the next global economic crisis at every opportunity.

With global economic issues stemming from the aftermath of COVID, supply shocks due to the war in Ukraine, irresponsible monetary printing, interest rate hikes, etc., even neutral analysts point towards an upcoming recession. Markets have growth and decline cycles, and crypto is not immune to their changing tides. Some might even say that our industry can now suffer more from downturns than ever before, with its increased professionalism (weaker hands) and concentrated distributions (greater influence by individuals).

Our ecosystem has deep correlations built into its design. As it increasingly correlates with traditional finance, the appearance of it being a “hedge against inflation/bad times” disappears, leaving only volatility and a vision. To some, this might be good news, putting the spotlight on utility and innovation rather than economic gains. To others, this might be a turn-off, which paradoxically should make the first group happy, as it optimizes for more of their own.

One thing stands true through what seems like dark clouds on the horizon for the blockchain industry: Whether from the traditional or the Web3 world, we’re all in the same boat.

A common conclusion drawn all over crypto Twitter surrounding the possibility of a bear market is that funding will become less available. While this idea might be accurate and, teams should continue to optimize for true utility rather than hype and flashes, perhaps zooming out far more than we usually do is necessary to fully grasp the direction we’re moving in.

Bitcoin and the blockchain industry were invented to be the underdog’s pushback against poorly executed monetary policy. In times of unchanged policy, nation-states wedging war against each other, and financial adjustments in all spheres, it’s almost sad that as we all rush to the door, we may have just missed the ultimate irony. Or perhaps it’s just me that finds it interesting that, through the Terra collapse, the system’s answer has been to double down on its insistence that money should not be printed out of thin air without assets that support it.

In the end, traders or no traders, institutions or not, and macroeconomics aside, the answer to “where are we going” should always be to remember where we came from. 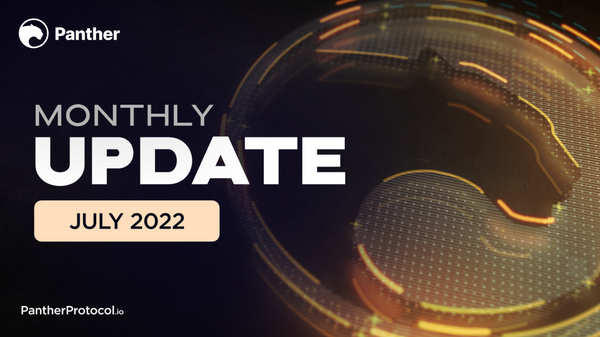