If you are acquainted with the everyday actuality of the crypto space, you surely have heard of staking. You likely also hold some staking misconceptions that need to change ASAP.

Besides being one out of several ways to earn passive income in crypto, staking is a vital piece of the blockchain puzzle. It keeps blockchain networks secure, allows the average user to participate in governing crypto ecosystems, and (as we’ll see below) much more.

What is staking in crypto?

The average observer who comes across the term 'staking' may assume it is a concept related to gambling. Indeed, the word 'stake' is used in betting circles to describe monies or properties placed on a bet. When you stake a certain amount on an outcome, you stand to earn rewards in multiples of the amount staked if your bet wins. If you remove the stake, on the other hand, the bet is canceled, and you will not earn any returns even if the bet wins.

Staking is a tad different in the crypto space. The term staking first emerged from the concept of the proof-of-stake consensus mechanism. However, it is worth noting that the term staking is increasingly used in a flexible, somewhat confusing way. This article will focus on clearing out staking misconceptions, confusion, and different meanings associated with the term staking.

Let's start with understanding the concept of proof-of-stake, where it all originated.

Proof-of-stake is one out of several consensus mechanisms through which the participants of a distributed ledger can achieve the consensus needed to secure a common state of the network. A proof-of-stake blockchain network has several kinds of participants, such as users, delegators, validators, developers, etc. Staking involves validators and delegators.

To become validators (and receive rewards for it) in a proof-of-stake network, users are required to lock up the network’s native asset in a smart contract. This process is called staking. Besides locking up their assets, validators are also required to store a copy of the network’s ledger and keep it updated as per network rules.

Additionally, there are often a number of assets required to be locked to participate as a staker. For example, in the upcoming Ethereum proof-of-stake network Beacon chain, users are required to lock at least 32 ETH to become validators.

Validators are rewarded with tokens issued by the protocol’s inflationary mechanism. Similarly, validators can be penalized for not following the rules of the network. Thus, the process of staking incentivizes the validators to act honestly and follow the network’s protocols.

To directly participate in staking, a user needs to hold coins in a non-custodial wallet and enter them into the staking contract, sometimes for a fixed period.

However, even in PoS staking, there’s a common misconception that all networks follow the same structure.

Staking misconception #1: not all PoS staking is equal

So far, we’ve covered PoS staking focusing on Ethereum as an example. However, this is far from being the only model.

Some protocols also offer soft staking, where users do not need to lock their coins to earn rewards (e.g., Algorand). The protocol distributes rewards to active stakers according to an estimated annual percentage yield/rate. Algorand users are paid staking rewards for each new block by simply holding ALGO tokens in their wallets.

Some blockchain networks that use a PoS consensus mechanism also allow validators to participate in governance decisions that drive progress in the ecosystem. Crypto staking has evolved from a method of securely recording transactions to also facilitating governance and other features.

We should also note that to participate in staking to secure a network, users don’t necessarily need to actively participate in block validation. They in turn delegate their stake to validators in a non-custodial manner to earn staking rewards without active participation. This is called delegated proof-of-stake (dPoS).

Governance staking requires users to “invest” in a protocol –a blockchain network, a DeFi protocol, etc– by means of purchasing its governance token. Users can then earn rewards for staking their coins, which also entitles them to governance votes, often directly proportional to the number of tokens staked.

Governance staking offers users a chance to participate in the governing of the projects they believe in, taking an active role in decision-making. By participating in governance, average users can shape the future of their favorite crypto projects and still earn rewards for staking. Governance staking can happen in PoS and dPoS networks, protocols hosted on top of them, and even in centralized protocols. As you’ll see, this is key to understanding the many shapes the word “staking” can take.

One of the main misconceptions of staking is, as we’ve mentioned, thinking that all staking is exactly the same.

You may have encountered mechanisms inspired by proof-of-stake staking in DeFi protocols. Concepts like liquidity staking (staking to earn rewards for providing liquidity) and yield farming (staking one asset, sometimes interest-bearing assets, to earn rewards in another) draw inspiration from PoS staking and have become mainstream in the crypto space, with billions of dollars committed to protocols globally.

Although many might know exactly what each protocol refers to when mentioning staking, there are still a few misconceptions about the concept and what it entails.

As we saw above, even in PoS chains, not all staking opportunities are created equally.

Even though the term staking originated from the proof-of-stake consensus mechanism, the term staking has various meanings nowadays. For example, you could stake MATIC to earn rewards on Binance (a centralized exchange), stake ETH to become a validator on the Ethereum network, or even stake Curve tokens to participate in their protocol’s governance. Therefore, it’s important to clear up what each of these different projects actually mean.

On a broader level, the main difference between the many types of staking lies in the nature of each protocol. Blockchain networks incentivize users to stake to secure the network and validate transactions, issuing rewards to those helping validate news blocks. On the other hand, DeFi protocols do not need to validate blocks but strive for liquidity and total-value-locked (TVL), so they encourage and incentivize liquidity staking. Centralized exchanges care about making a profit, and they can do so through fees, commissions, or finding creative ways to leverage the assets you deposit in them.

All of the different mechanisms above utilize the same name and issue rewards, but they have different structures and ultimate goals. Therefore, you can define staking as a system in which a protocol issue rewards to users in exchange for them putting their holdings of selected tokens in stake. As we have mentioned this could be for any of the different purposes each protocol may have.

Another common misconception is that you can’t lose money through staking. Users tend to equate a staking program with the idea that, even if their assets depreciate, staking rewards will ultimately cover any reduction in the initial value of the coins staked. Not only is this belief misleading, but it is also financially irresponsible. You can earn valuable passive income, but also lose money in crypto staking.

This is true even when it comes to dPoS or PoS staking. If a validator fails to maintain network security or behaves dishonestly, they may lose a percentage of their stake through slashing. Also, crypto prices experience high volatility, and most proof-of-stake protocols do not allow immediate unstaking. To name a famous example, users who staked LUNA before the coin's price fell dramatically lost billions of dollars and could not unstake in time to not sell at a loss.

Just like all endeavors in the crypto space, staking has its upsides and potential downsides. Some of them are:

Is staking crypto taxable? Let’s look at the precedents

Crypto staking generates passive income for users. Yet, the authorities have not finished deciding on whether staking rewards are taxable or how they should be taxed. Firstly, regulations differ from country to country. In the United States, the Internal Revenue Service does not have a definite position on the tax regulations specific to staking rewards. However, the regulator has a clear stance on earnings that should be classified under an individual's gross income.

However, while several crypto accounts on social media used the Jarretts' case as a reference to prove that staking rewards should not be taxed, certain factors may render the judgment meaningless in the long run.

Firstly, a District Court heard the case, not a Tax Court. Also, since the Jarretts did not accept the refund, the case will go on trial in 2023. The IRS will push for clearer legislation, which may set a federal precedent that could render the Jarretts' argument null and void.

The discussion around tax laws on staking rewards will continue. The IRS, on one side, believes that staking rewards count as gross income upon creation. Crypto stakeholders (conveniently) argue that these new tokens are created, not earned as interest or compensation, which makes them only taxable when sold.

What else is staking good for?

As we described throughout the article, there are many other things that can be done by staking. Since staking is basically locking up your tokens in exchange for rewards (whether they come in the form of tokens, governance participation, or something else) this showcases your commitment and investment in a project.

The novelty of staking as a concept and of the crypto ecosystem as a whole makes it likely that we will continue to discover new functionalities of staking. The possibilities are, in a sense, infinite. For example, Panther aims to release a staking system through which users can mint private versions of their assets in MASPs (Multi-Asset Shielded Pools), allowing users to break the on-chain link and transact privately.  If you’d like to learn more about this system and participate in Wave 3 of Incentivized Advanced Staking, you can do so by reading this blog post.

In summary: staking misconceptions won’t go away, but now you know better.

As networks like Ethereum transition to a proof-of-stake consensus mechanism, it’s unlikely that staking will ever go away. Staking in crypto has its fair share of benefits and risks, yet, it is a reliable passive income generator for users with long-term goals and helps drive active participation in the crypto space. It also helps projects incentivize users to hold on to their tokens as opposed to selling them, which in turn encourages healthier market dynamics.

When it comes to staking misconceptions, it is unlikely that they will fully go away –after all, the diversity of staking solutions will likely continue to increase. However, we hope this article served its purpose: informing you of a powerful general-purpose tool, its background, and how to interact and benefit from it.

If you’re interested in more articles like this, please sign up to receive the Panther newsletter! We also invite you to learn more about Panther on our official links below. 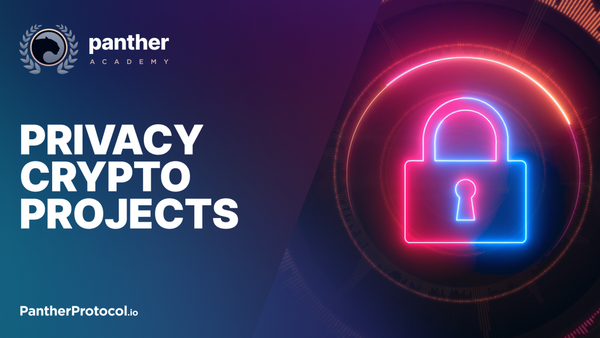