The current concept of CBDCs is diametrically different from the values cryptocurrencies initially embodied.

But what if we told you CBDCs were not always meant to be this way?

This is the story of how our co-founder and CEO, Oliver Gale, got involved in the invention of CBDCs, stepped away for ideological reasons, and joined the fight for privacy in DeFi and Web3.

A digital dollar project in the sunny Caribbean

Oliver, an early investor in Bitcoin and cryptocurrencies (think Mastercoin days!), founded the first crypto exchange in the Caribbean, Bitt.com. He and his co-Founder quickly noticed the disruptive role cryptocurrencies could play in remittances, particularly within Oliver's native Barbados.

The founders realized that, with US dollars trading at a premium in Barbados, using BTC for remittances would be a lower-cost solution. Through this they hoped to create demand and adoption for BTC, increasing people’s access to decentralized finance.

The only problem was Bitcoin's volatility.

At the time, Tether had just launched using the BTC blockchain as its network. This inspired Oliver and the other founders to use the Colored Coins protocol to launch one of the first-ever stablecoins, the Barbados Digital Dollar. The stablecoin would make it easier to hold funds in the exchange and send remittances without users being afraid of losing money due to volatility along the process.

Which of course, got them blacklisted by banks

A crypto exchange was not for the faint-hearted at the time. Traditional financial institutions might be relatively open to the idea of cryptocurrencies (even if they don't use them themselves) nowadays, but Bitt.com quickly got "de-risked" (a fancy word for “blacklisted”) by its local banks, operating under the direction of their correspondent banking overlords.

Bitt.com, however, had proven that the blockchain was a superior alternative for many of the financial problems nations face. And the Barbados Digital Dollar project, taking advantage of distributed ledgers' auditability, accountability, distributed, and open-source nature, had certainly drawn some international attention.

The natural disaster that brought great pain to the islands was a harsh wake-up call. The local authorities were forced to realize that reconstruction was going to be hard. Without financial and technological innovation that attracted capital and resources, the island's future would be far from insured.

This, along with the splash that Bitt had made, created a path for their financial services suite to receive the first-ever contract to deploy a CBDC into a production environment. And so the government got on board with the Eastern Caribbean Digital Dollar, $DXCD.

The project for the Eastern Caribbean Digital Dollar sounded like an ideal CBDC and was far from the projects we know today.

As originally projected, the DXCD would be legal tender, a bearer cash equivalent, with no risk of bank runs, no mechanisms for seizure or freezing someone's balance, or for unwarranted censorship. While initially open to the project, the Central Bank soon realized the implications of this and slightly shifted towards opting for a ledger they could control and audit. In their eyes, the project was to be launched on a permissioned blockchain, where they could freeze and seize assets and print money directly.

This ideological shift, the antithesis the original CBDC project, is what ultimately caused Oliver to leave the digital dollar project in 2018.

Do CBDCs have a future?

When questioned about his current stance on CBDCs and government efforts to incorporate blockchain technologies, Oliver points out that nearly all forms of money since the dawn of civilization have been private. Private money, he says, "is necessary for honoring our fundamental freedoms and equal human rights."

I honestly believe that, when it's all said and done, all CBDCs will be privacy-enabled. They must protect their citizens and the nation itself from espionage, and if they don't embrace Privacy-Enhancing Technologies they won't have a future.

In the same way they now fight privacy finance, some argued in favor of banning encryption in 1992, predicting it would be used everywhere on the Internet and would facilitate criminal activities. Today it's instead used overwhelmingly as protection for honest users against bad actors in any website that involves payments or sign-ins. We wouldn't have Web 2.0 without encryption, and Web3 will eventually be equally reliant on privacy.

There is a greater benefit to society by being able to preserve your privacy on the Internet than there is a cost and risk of nefarious activity. It's a matter of tracking 0.001% of society against 99.999% of people having safety, security, freedom of speech, and the right to privacy as a matter of protection, human rights, and dignity.

You can police nefarious activities by targeting the access points where the protocols are used, not the protocols themselves. The Internet is a great example, as it is used for the good, the bad, and the ugly. It's not safe to have our underlying infrastructure be designed to disclose everything by default."

For his next venture, Oliver wanted to build something that represented a step in the right direction for fundamental rights and freedoms. In Panther, which he conceptualized along with CTO and co-Founder Dr. Anish Mohammed, he saw a system that allowed people to have a choice. Regulatory compliance was a priority and fully possible, but Panther wouldn’t mandate it on people.

In Oliver's eyes, Panther is building the tools to enable a safer economy, allowing the properties of sound money to be delivered on Web3. Protocols like Panther can translate privacy into confidentiality and then into safety. They allow users to disclose only the data they want, and only to who they want to.

To this day, Oliver is not entirely against CBDCs, provided they run on infrastructure that doesn't endanger their users. A fully digital economy is not to be feared, he says, if we create the right systems for this to happen.

Indeed, Oliver’s views seem to have been echoed across the industry. Noticing the reputation the initiative held, the CBDC think tank (an independent group of academics that cooperates with government officials) published a paper in relation to employ zero-knowledge proofs to support full privacy, even citing Zcash.

When smart contracts were first conceptualized, they were seen as a computing renaissance in the crypto realm: thanks to them, some thought, we would be able to interact on-chain in ways entirely dictated by open-source code. This would all happen in the open, using hard assets, building from cryptocurrencies, the latest evolution in finance.

Today, we know that this comes with the danger of users being monitored, surveilled, and endangered. Should we not figure out a solution to total transparency, the alternative is closer to zero privacy. And this means censorship and tight controls.

Help us spread the word about privacy in DeFi by sharing this article!

Olive Gale was interviewed for this article. The views and opinions expressed are his own and do not necessarily represent the views or position of Panther Protocol. 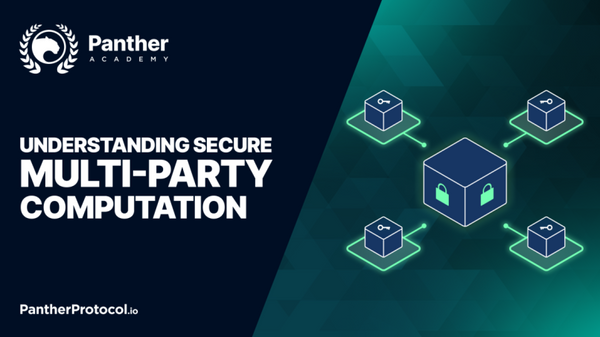